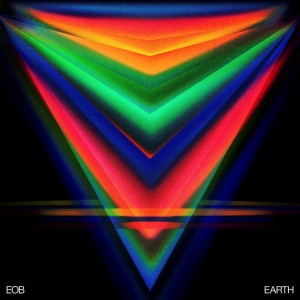 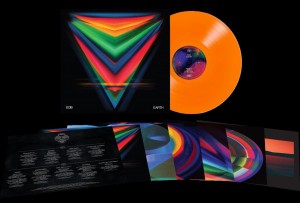 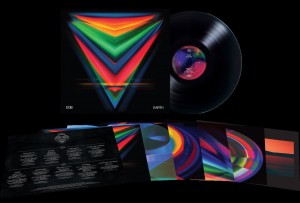 Ed O’Brien never planned to make a solo record. As a guitarist with Radiohead, who over almost three decades and nine albums have established themselves as one of the most innovative and influential musical forces of our time, he thought his artistic side had its outlet and was happy to spend any downtime from Radiohead with his family. Plus, he wondered, would it really be necessary? “Thom, Jonny and Phillip are making music,” he says, “and I’m like, ‘The last thing the world needs is a shit album by me.’”

But suddenly a switch was flicked and the songs came pouring out of him. That creative surge resulted in an album of rediscovery and adventure by O’Brien under the moniker EOB that deftly veers from moments of delicate folk to euphoric house, its songs seamlessly pinned together by unswerving melodic hooks and candid lyricism. A spirit of collaboration runs through it, from the production team of Flood, Catherine Marks, Alan Moulder and Adam ‘Cecil’ Bartlett to the extraordinary musicians O’Brien assembled to help bring these tracks to life; Omar Hakim, Colin Greenwood, David Okumu, Laura Marling, Adrian Utley, Nathan East and Glenn Kotche.

It all started in Brazil. Ed and his family moved out to the Brazilian countryside at the end of 2012. After setting up a home studio and dabbling with the idea of making an electronic record, a listen to Primal Scream’s landmark Screamadelica was O’Brien’s eureka moment. “I thought, this is it… I want my music to have that joy, that light, the depth and breadth of that album… elements of dance, soul, ambient… Uplifting in parts.” He immediately picked up an acoustic guitar and started writing, the new direction further influenced by a trip to Rio Carnival. “Carnival was another eureka moment… an extraordinary explosion of rhythm, melody, dance, light and joy… I felt there was a thread right through Screamadelica, rave and carnival.”

The O’Briens returned home in summer 2013 and Ed hunkered down in a remote cottage in the shadow of the Cambrian Mountains in Wales to begin writing songs. As the material for the album was taking shape, Flood offered his services as producer having heard some of the demos. “I had my man, my producer… He’s probably my favorite producer. The breadth of the stuff he’s done, from Depeche Mode, PJ Harvey, U2, Foals… he’s a sonic maestro.”

They rented a big house in Wales and over three weeks, in the Autumn of 2017, O’Brien and his house band – East, Hakim and Okumu – got down the bones of the record. A year of tinkering and re-working followed at Assault & Battery Studios in Willesden, London. “The house band was so good for some tracks – but other stuff needed a different approach. Any record that I’ve been involved with, that’s been of any merit, is always a journey.”

And then, following five years of writing and recording scheduled during any possible break from the making and touring of Radiohead’s A Moon Shaped Pool, EOB’s debut was finally completed. “I see this as part of a bigger story…. A trilogy perhaps…I’ve really just started.” It has been a long, necessary process, and O’Brien has emerged a different person. “You have to keep moving and finding the things that inspire you and that resonate… there’s a music that I’m chasing… this feels like the right start.” EOB marks a new beginning for Ed O’Brien. From here, he can go anywhere.