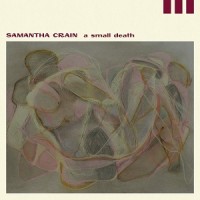 After releasing her previous album in 2017, Samantha Crain thought she would never make music again. Instead she found herself trying to work out how to live without the use of her hands, which had become paralysed. However, with a steeliness and concrete determination to at least employ music as a pastime, if no longer professionally, she tasked herself with perseverance in finding her way back to health. And she never gave up. Somehow, the paralysis in her hands eventually abated, and Samantha was able to transfer the music that she had been able to dream up in her head to the guitar and then to record in what she describes as a miraculous “bonus round” to her career.

This new found appreciation and gratitude for still being able to make music professionally can be heard throughout Samantha’s new album, A Small Death. It’s a record that brims with hope and a deft wryness, packed with the sort of melodies and stories that have been warming the hearts of those so familiar with and fond of her work over the years. There are plenty of people who know precisely what this Oklahoman is capable of and they have the records to attest to it. Samantha’s unlikely return to music has an additional chapter - in 2019, after playing a show together, Lucy Rose was so moved by the music she heard coming from Crain on stage that it inspired her to turn a long-held pipe dream into a reality: Rose would launch her own record label, with Samantha Crain’s A Small Death as the first album to be released.

Samantha CrainYou Had Me At Goodbye - Bonus Disc Edition

The LimiñanasI've Got Trouble In Mind Vol. 2