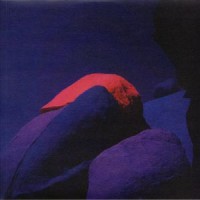 When Elena Colombi launched the Osàre! Editions label in the autumn of 2019, she explained that the label would become home to bold, daring, future-facing music rooted in experimentation and free-spirited musical abandon. These are all descriptions that could apply to the label’s latest release, a retrospective album of little-known works by Greek musician and producer Thanasis Zlatanos.

Many will not have heard of Zlatanos, or Nekropolis, the band he fronted alongside dear friend and regular collaborator Trygve Mathiesen, yet the music he made during the 1980s was otherworldly, intergalactic and undoubtedly alluring. These songs and instrumentals made extensive use of analogue synthesizers and lo-fi drum machines, as well as Zlatanos’s trusted Gibson Les Paul guitar and his own distinctive voice.

Stylistically, the musician and producer refused to settle on a specific sound, preferring instead to create inspired, often mind-altering pieces that join the dots between wave music, skewed leftfield pop, ambient, prototype electronic and Madedonian folk music. Operating for much of the period from a crumbling house earmarked for demolition, Zlatanos kept up a daily music-making vigil that resulted in a vast vault of music, most of which has remained unissued since the 1980s.

The breadth of and width of Zlatanos’s distinctive approach is laid bare on Retrospective, a compilation album prepared by Colombi and the artist himself that draws on tracks from his numerous albums, those by Nekropolis – whose sophomore set “The New Europeans” was banned in Norway – and his epic archive of previously unheard material.

The artist’s singular but wide-ranging musical vision is free for all to see across the 13 tracks stretched across the vinyl version of the album (digital buyers also get a further four superb cuts). It veers attractively from the ghostly, traditional-meets-futuristic new age electronica of “The Crystal Sight (Excerpt)” and the doom-laden coldwave throb of “Master Chameleon”, to the undulating, soft-touch creepiness of “Surreal Moment”, the Vocoder-laden operatic poignancy of “The New Barbarians” and the squally guitar solos and effects-laden electronics of “The Light”.

Words from the artist___:
"I live in the Internet. Visits from outer space make me compose. I breathe here. I am the master chameleon, the psychedelic clown. I am not here anymore, neither in the picture, nor the reflection. Our bed is a boat that takes us tomorrow without us.

Here is an album of dreams and digital emotions. Analogue recordings made with a Prophet, a Moog Rogue, a tape recorder and a Gibson Les Paul guitar.

As far as I can remember I have always been in a recording studio. I listen to, understand and live my life through songs and music. I have worked alone and with friends such as Trygve Mathiesen. Although I am a guitarist, I continue to work with synthesizers on music that blends elements of Macedonian folk music, recordings from the streets and embryonic electronic sounds.

Some of my albums have been critically acclaimed, others banned by radio stations. For years I worked on endless recording sessions in a crumbling house that should have been torn down. The music on this retrospective compilation was recorded at various points between 1982 and the present day. Some of the compositions first appeared on previous albums, while others have never been released before. They were sat on tapes waiting for a saviour. Now that saviour has arrived and they can be free.

For further proof of Zlatanos’s unique sonic approach, check the startling contrast between the bass-laden slacker pop headiness of “No Expectations” and the spacey ambience of “The Dead Don’t Remember”. Considered together, the selected pieces and those elsewhere on Retrospective forms a snapshot of a genuinely unique and visionary musician, composer and producer. It’s a celebration of someone whose work has previously been overlooked."