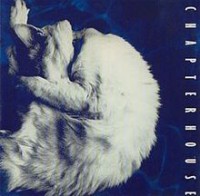 British shoegazing/alternative rock band Chapterhouse released two albums during their existence, Whirlpool (1991) and Blood Music (1993). Their debut album is a fantastic example of shoegaze at its best. The wall of sound approach is built around dance music structures and they’re creating some heavy grooves. Whirlpool spent 3 weeks in the UK Album chart in 1991, peaking at number 23. This classic is definitely set in the nineties but has stood the test of time.