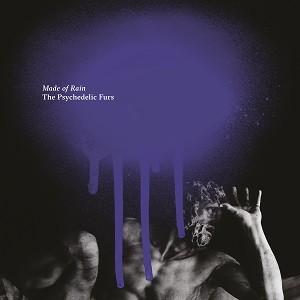 Highly influential post punk stars, The Psychedelic Furs release their new album, their first in nearly 30 years. From its exhilarating opening bars, Made Of Rain - sounds like The Psychedelic Furs and them alone. It’s a joy to hear again, fresher than ever. Their peerless permutations of art, aggression and ambience drive the dynamics, and it’s always been this originality which has set them apart, a cut above. The album was produced by Richard Fortus, whilst mixing duties were handled by Tim Palmer (David Bowie, U2, Robert Plant).

Barry says: From the outset, this absolutely sounds like a Psychedelic Furs album and after 30 years of not recording, that's quite an achievement. Walls of distortion and chorused guitar solos all behind Butler's instantly recognisable vocals.