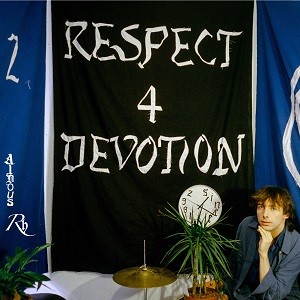 In his debut LP "Respect 4 Devotion", he unveils the Timbaland flavoured 'Since 1992', Jazz fusion inflected "Better 2" and sorrowful pop ditty 'Jaded Lovers', featured on the LP amongst others are pianist John Carroll Kirby (Solange, Sebastian Tellier), drummer Stella Mozgawa (Warpaint) and guitarist Alex Brettin (Mild High Club). To celebrate the release, Aldous RH shared the first single ‘Since 1992’. Al explains, “Lyrically we're talking about looking for true love, with some trials and tribulations along the way”. The track is accompanied by a video which Al adds, “mainly serves as an homage to RNB video directing. The idea behind the clock is to show that time can heal almost any wound of the heart. And of course some believe the zodiac to serve as an oracle for relationship compatibility - how true that rings I cannot say. Henceforth I believe the potential for the zodiac to find you your soul mate is merely down to the time elapsed in your search for them & for me personally I was born in 1992, so it all began on that day.”

Me And My FriendsHide Your Way