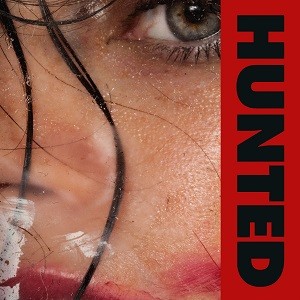 In the summer of 2018, Anna Calvi released her third album Hunter. On the album, she explored sexuality and breaking the laws of gender conformity. Following a stellar 18 months, which saw Calvi write her first television score (for Peaky Blinders) and receive her third consecutive Mercury Prize nomination (the first solo artist to achieve this feat), Calvi has now crafted a stunning reworking of Hunter into Hunted. Revisiting her first recordings for Hunter, Calvi found they offered an intimate and private view of the songs’ initial intentions. Distilled to their bare essence on Hunted: her masterful guitar playing and formidable vocals, Calvi then asked Courtney Barnett, Joe Talbot (IDLES), Charlotte Gainsbourg and Julia Holter to collaborate with her and further transform the songs.

On Hunted, Calvi said, “During a break from touring I went back and listened to the first recordings I ever made of ‘Hunter’. These recordings capture the very moment I first wrote these songs, and recorded them on my own, in my attic studio. I find something especially intimate about sharing these most private recordings with my favourite singers and asking them to lend their voices and artistic sensibility. Courtney Barnett is an amazing artist. Her voice and guitar playing together are mind blowing. Her ability to connect the profound to the smallest moments of human experience is the unique talent of a true artist.”

On working together, Barnett said, “Anna is a completely awe-inspiring performer, it’s impossible to take your eyes off her onstage. I love her songwriting for its beautiful and perfect balance between aggression and tenderness.” More raw-sounding than their original incarnations, the tracks on Hunted shine under the light of a different lens, one that brings the innate fragility of the compositions to the forefront and exquisitely melds together the dichotomy of the hunter and the hunted, the primal and the beautiful, the vulnerable and the strong.

Barry says: The superb turnaround of Anna Calvi's 2018 LP 'Hunter' into 'Hunted' sees Calvi collaborating with a selection of some of the greatest names in modern indie music, and adds futher gravitas to the stunningly written and brilliantly performed pieces on show. Deep and soulful, swimming with gothcic drive and singularly enchanting, this is a perfect companion or a wonderful listen on it's own.