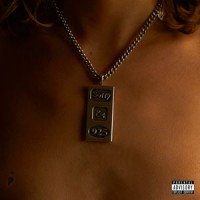 Together with co-producer James Dring (Gorillaz, Jamie T, Nilüfer Yanya), best friends Lorenz and Louis O’Bryen have woven 925 like a dreamscape in which idyllic and hellish scenes intermingle, forcing the question of what is real and what is make believe. Inspired by everything from Hermann Hesse to Aphex Twin and old-school crooner Tony Bennett, their experimental and holistic approach marks them out as a thoroughly 21st century band; from their open-minded approach to genre to their creativity allowing them to self-produce the music and direct accompanying videos.

Joined by drummer Lincoln Barrett and Campbell Baum on bass, Sorry emerged from a thriving scene of bands in London, and though 925 is their debut album, it is by no means their first statement. It follows a series of mixtapes, released sporadically and used as a way to experiment with the disparate influences and sounds that give 925 its distinctively modern and apocalyptic sound.

Where previous singles and mixtapes earned the band their status as one of the most vital and relentlessly creative new British bands of the moment, 925 is a record which will undoubtedly cement their status as true originals and cross-genre innovators in 2020 and beyond.

SorryRight Round The Clock / Rock'n'Roll Star