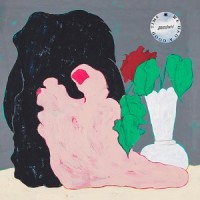 In early 2018, Nathan Jenkins (Bullion) returned from the coast of Arrábida to his new home studio, in a cottage tucked behind the grand hotel setting of Wim Wenders’ Lisbon Story. Breaking for lunches under a Datura tree in the garden and a far cry from the Finsbury Park basement flat he rented the previous year, a set of recordings followed that galvanised into an E.P. - We Had A Good Time, music informed by out-of-town trips in a 1987 Renault 9 Super, impromptu car park hulas and solo cinema bliss.