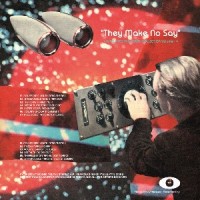 Crouch End based minimal synth label Polytechnic Youth, kicks off the new year with the long promised -and much requested- repackaging of its’ 2 compilation LPs.

Still considered by PY label head, Dom, as the best intro point to the label for newcomers, his plan is to keep this one in print for a while. 2016’s “They Make No Say” sold out 2 pressings upon its release in 2016 and features 13 fabulous tracks of minimal and experimental electronica, including tracks from the PY01 Volume Groop lathe cut 45 (now reaching £120+) alongside other small run, sold out 45s and especially recorded new tracks. Lots of PY favourites here: Detox Twins, Middex, Home Current etc -several of which attained BBC6music plays and amassed a number of “album of the week” write ups across the country and in Europe, at the time of release.

Part 2 to the set is the equally wonderful “Popcorn Lung” collection, again reissued for a first time here. Released in 2018, the album charts the consistently steady rise of the label in the two years since the first collection, with another killer comp of electronic pop and exploratory synth tracks; and featuring perhaps, a more diverse line up taking in German and French artists who had recorded for the label at this point. Once again, several acts have now become PY favourites: Polypores, Gabe Knox, Bernard Grancher, Australian Testing Labs Inc etc, all feature and this set again was many key UK stores “album of the week” and had cuts featured on 6music programmes at the time.