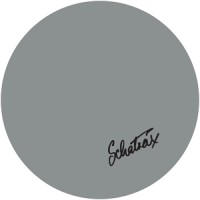 Schatrax is back on his own imprint after a small hiatus with four idiomatic tracks produced in varying styles.

Techy and tribal, "Folkdance" opens up with big, cavernous tuned toms and ethereal leads for a high pressure, midsession cut. "Coral", electric and minimal is up next, humming along nicely and sounding great in laser-guided aircraft hangers.

Flip the disc and "Sisphunk" is an anthemic, end-of-night roller with triplet perx running up nicely against the emotive chord progression and stretched out vox. "Into The Stars" concludes with a jagged techno growler full of metallic hits and slamming bottom end.

Bitter EndThelma Hous / Leave Me This