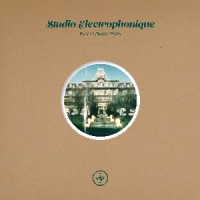 Studio Electrophonique is the solo musical venture of James Leesley. Bright eyed, tousle-headed and with a look halfway between penitence and innocence, James conjures a sound akin to the dream where Bill Ryder-Jones fronts The Velvet Underground with echoes of Cherry Ghost drifting in there for good measure. Cinematic, melodic, warm - efficient in arrangement yet intricate in detail. On hearing the song "Jayne", Richard Hawley invited Studio Electrophonique to open for his band in London and Holmfirth in May 2019. Studio Electrophonique’s debut elp album “Buxton Palace Hotel” was released on 10” vinyl on Violette Records on 20 September 2019. Almost by word of mouth alone the record sold out within a fortnight capturing the admiration of audiences, journalists and musicians alike. Etienne Daho’s love of the record extended to a personal invite to James to perform as his special guest and open his show at the famous L’Olympia in Paris in January 2020. Studio Electrophonique will be playing live throughout 2020 including festival performances at Glastonbury, End of The Road and The Green Man.