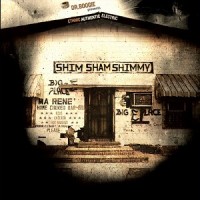 A collection devoted to rare and lost recordings from '20 to '60's.Is it really possible to imagine what modern music would sound like if a few pioneering geniuses had not had the idea of electrifying their instruments, especially guitar and harmonica, between 1945 and 1950? Some purist will regret this evolution, but, in the '50s, the new sound will be heard in all the studios and night clubs of the United States; it will become a staple on the radio, in stores, at weddings, and private parties. It will radically transform the music scene and allow hundreds of artists to express themselves, create, hope, and innovate.

This collection pays tribute to about thirty artists, some of which later became known, like Albert Collins, Jack Dupree, Homesick James, Sam Myers, Dr. Ross, and Joe Hill Louis. However, the real treat is having an opportunity to hear fabulous unknowns who all, one day, had the chance to be recorded, either in a studio, on the street, or on a back porch, before going back to anonymity shortly after. Almost all of the artists presented here hailed from the south of the USA. Some of them stayed there their whole life, other emigrated toward the north, moving up the Mississippi, or toward the west to settle in California. The music included here is part of the foundations of all the modern music that would take the world by storm up to our time.