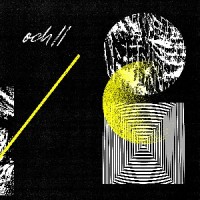 As a new decade dawns, it can be reassuring to be mindful of the manner in which a random discovery in the bargain bins of a second-hand record store or a charity shop can set off sparks of inspiration and untold fascination. Rare though it is to come across a new record in 2020 which conjures up the same sense of ‘other’ as such battered cryptic artefacts that have haunted the cult regions of yore. it seems that one is on the verge of crossing our transom; ‘Och’ - Swedish for ‘and’ - are poised to release their first album for Rocket Recordings.

This trio - of whom little is known other than a kinship to their labelmates Flowers Must Die - have created eight exploratory journeys in which the listener can plot out a psychic course that traverses the likes of the meditative trance-states of vintage Popol Vuh, the chemically-altered mania of Guru Guru. synth-driven propulsion akin to French iconoclasts Heldon and Lard Free, and naturally the bucolic raptures of the band’s erstwhile national forebears such as Trad Gras Och Stenar and Älgarnas Trädgård, not to mention more recent exponents of the same lineage such as Hills and Dungen, Yet the entire vision the band conveys on this delirious travelogue is both timeless and paradoxically fresh. Just as their name invokes an ampersand, so this record is no less than a gateway who knows where; proof positive that audial dimensions beyond the everyday - at the hands of Och - are as accessible in 2020 as ever they were, not to mention still more potent.

Frank ZappaCruising With Ruben & The Jets