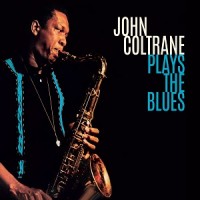 By 1960 Coltrane had recorded many sessions as a sideman for Miles Davis, Thelonious Monk, Sonny Rollins, Kenny Burrell, and Tadd Dameron, among others. He had also taped quartet albums, some of which were issued under his own name while others were released under the name of pianist Red Garland. His next release as a leader, “Giant Steps”, was the confirmation of Coltrane’s importance in the jazz scene. There, for the first time, all of the tunes were his, and his personal style appeared completely developed. Coltrane Jazz was the next album to hit the shelves after “Giant Steps” and marked the transition from his experimental groups to his final classic quartet. Trane then recorded the music to be issued on “The Avant Garde” (with Don Cherry), “Coltrane’s Sound” and the all-time classic “My Favorite Things”, and after that he embarked on the making of “Coltrane Plays the Blues”, a thematic LP consisting of six tunes based on the blues. “Blues for Bechet”, one of the two pieces on this album on which Trane plays the soprano sax, is obviously dedicated to the jazzman who brought this instrument to jazz, Sidney Bechet. Pianist McCoy Tyner sits out on “Blues to Bechet” and both takes of “Blues to You”, reducing the band to a trio on those tracks.