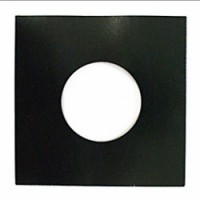 ‘Ice Data Centre’ is the second track to be showcased from Victories At Sea's forthcoming second album, ‘Everybody’s Lost And All I Want Is To Leave’, released in January 2020. ‘Ice Data Centre’ continues Victories deserved reputation for elegantly crafted melody and deep dive lyricism, a sound characterised by Gigwise, in their premiere of the video for ‘Quiet House’, as ‘an ambitious, widescreen collage of moods and ideas’. ‘ Everybody’s Lost And All I Want Is To Leave’ has been two years in the making. Having made a name for themselves with debut album ‘Everything Forever’ and a string of releases for renowned independent Static Caravan, the trio elected to step off the promotional and release roundabout to focus on making a definitive album. Early recordings on the shores of Loch Fyne set the widescreen tone, whilst additional sessions and mixing back in the urban sprawl of their Birmingham hone town tempered the freedom felt in the Scottish highlands with the claustrophobia of modern city life.