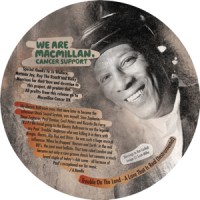 Please note, this is a charity record and a tribute to the late Paul "Trouble" Anderson. All profits will be directed to Macmillan Cancer UK.

A message from Ashley Beedle:
"My Electric Ballroom crew, that were later to become the infamous Shock Sound System, was myself, Stan Zepherin, Dean Zepherin, Paul Denton, Cecil Peters and Ricardo Da Force (R.I.P.) We loved going to the Electric Ballroom to see the legendary Paul 'Trouble' Anderson who was killing it in there with Boogie, Electro, Hip Hop and Disco - he was such a huge musical influencer. When he dropped 'Heaven and Earth' in the mid 80's, the joint went ballistic.

That tune ruled London and became not only a rare groove classic but remains a much loved staple of today's club scene - all because of Paul's exceptional ear for music.