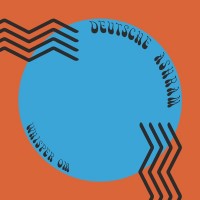 Formed in 2015 in Amsterdam, the duo of Ajay Saggar and Merinde Verbeek released their debut album “Deeper And Deeper” in 2016 to widespread acclaim:
“Fans of transfixing shoegaze post-punk vibes will zone out in their glory” ALL MUSIC GUIDE
“Awe-inspiring” ROCK A ROLLA
“Extraordinarily sexy” – TIME OUT UK
“Amazing, heartbreaking sound” 20 JAZZ FUNK GREATS
“Obsessed.” 8/10 NME
“A musical suicide pact between Siouxsie & The Banshees and Cocteau Twins” PLAYLOUDER.

From the off, their sound was raw and visceral, with chiming guitar pedals caking Verbeek’s vocals in sonic grit. The band follow up “Deeper And Deeper” with the release in February 2020 of their second album “Whisper Om”. Recorded and mixed at Saggar’s Soundation Studio, and mastered in Berlin at D&M, “Whisper Om” is a neo-pop opus, with the bands homespun sound now developed into something more spacious and immersive; tracks like “Stumbleweed” sound like a club anthem anaesthetised and played at 33rpm, and the narcotic, shamanistic rhythms of “Glitterheap” cement the band as a formidable unit. Material dipped headlong into some of the things that make humans tick: love, loss, and desire. The album features much-loved Deutsche Ashram hallmarks - the combination of space and intimacy, the unmistakable interplay between Saggar’s guitars and Verbeek’s vocals - returning to the duo’s underground rock past with the stylistic playfulness and variety of a modern mixtape.