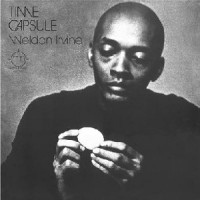 The sublime Time Capsule remains Weldon Irvine's most fully realized and influential recording. A supremely talented multi-instrumentalist and composer, Irvine had a musical vision that was unerringly soulful, spiritual, and funky. Assembled as a kind of musical scrapbook documenting the thought patterns and belief systems of the early '70s, it nevertheless boasts a surprising vitality and timelessness thanks to luminous funk grooves that anticipate the latter-day emergence of acid jazz. Irvine also rhymes over several tracks, further cementing his influence on successive generations of hip-hop. A profoundly righteous spirituality winds through all eight of Time Capsule's performances, assaying both the affection ("Soul Sisters") and anger ("Watergate") vying for control of post-Woodstock America. Irvine's searing keyboard and piano playing further capture the moment in question, deftly balancing between beatitude and bitterness. For fans of funk, soul and jazz, it doesn’t get much better than this 1973 classic.