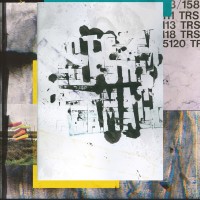 Completing a compelling trilogy of albums since his late-flowering return to solo songwriting and singing six years ago, Ben Watt releases his fourth LP, "Storm Damage" on 31 January 2020, and with it a new sound and fervency.
"I needed a fresh approach," says Watt, 56. "The album came out of an intense period of personal anguish and political anger. Sometimes repeating yourself musically feels disrespectful to the sharpness of your feelings. You have to search for a new way to capture the energy."

Across four decades Watt has maintained a committed forward-looking course, from the ardent echo-drenched folk of his early solo work with Robert Wyatt, through seventeen years as musical mainspring and co-lyricist in the best-selling Everything But The Girl with Tracey Thorn - and ten at the helm of his smart electronic label Buzzin' Fly - to his recent moving non-fiction and mid-life solo albums, the award-winning "Hendra" (2014) and "Fever Dream" (2016). New album "Storm Damage" is no exception. Sonically adventurous, lyrically detailed and engaged, the album - written and produced by Watt - is a personal journey through anxiety and change cut through with an insistent defiance.