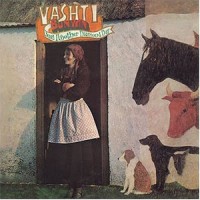 The songs mostly concern the events that took place when Vashti and her lover travelled to the Hebrides in a horse and cart to join up with Donovan’s artistic community but by the time they got there that community had all left.