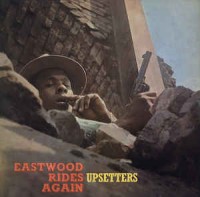 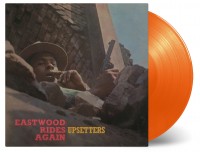 Eastwood Rides Again follows the theme of Lee ‘Scratch’ Perry & The Upsetters previous classic, Return Of Django - and like that one, the groove isn’t just the rocksteady rhythms you’d expect – but also maybe this more spacious version of the style. They got their funk on with the inspiration of Spaghetti Westerns and soul music. The record is largely instrumental and its a representation of Perry’s significant production skills.

Lee ‘Scratch’ Perry was a pioneer in the 1970s development of dub music and worked together with artists such as Bob Marley and the Wailers, The Clash and The Beastie Boys. Nowadays he’s still performing and recording music.

Eastwood Rides Again is available as a limited edition of 1000 individually numbered copies on orange vinyl.