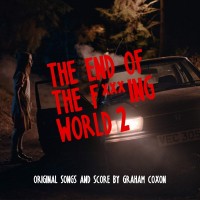 Following his soundtrack for last season, Graham Coxon has returned with all new original songs and score for the hugely popular RTS Award-winning and BAFTA-nominated series which returns to Channel 4 today and Netflix on 5th November. The 19-track album was written, composed and performed by Coxon and recorded in his home studio during the summer of 2019.

Over eight addictive episodes in 2017’s series one, written by Charlie Covell, viewers followed teen runaways James and Alyssa on a darkly comic road trip, which saw them caught in a spiral of dangerous events, only to be trailed and apprehended by two detectives. Charlie Covell returns to write ‘The End of the F***ing World’ which is inspired by the characters from the award-winning series of comic books by Charles Forsman and is directed by Lucy Forbes (In My Skin) and Destiny Ekaragha (Gone Too Far).

Various ArtistsJazz – Timeless Classics From The Queens Of Jazz