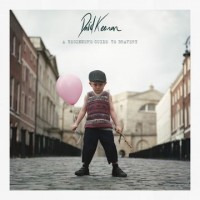 David Keenan is a twenty-six year old solo artist from the border-town of Dundalk in Ireland. His burgeoning reputation in his native country has been fuelled by a handful of self-released EPs and live shows which border on religious experiences. He counts Hozier, Gary Lightbody, Glenn Hansard and Dermot Kennedy among his growing number of fans. A Beginner's Guide To Bravery is his debut album. Recorded live in the studio, it is an audacious, unfettered introduction to his singular sound world.