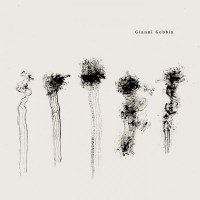 Alex Bradley's new reissue division at Utopia Records recovers the early works of Gianni Gebbia, a saxophonist and composer from Palermo, Sicily whose highly sought-after debut LP from 1987 is remastered with added unreleased material and updated art work by Gebbia himself.
A minimal and contemporary jazz album of the highest order, its beautiful sound, sentimental electronics and use of synthesisers - that were a precursor to the house and dance music scene of the early 90's - has made the album endure the years that have passed.

It will be sure to be a valuable addition to your home listening collection with stand out tracks like Cud evoking visions of a Sicilian beach stroll and the intense and brooding 'Vedersi Passare le Cose Attorno' with its Juno chords transports you to a Detroit night club in 1992 counterbalanced by Gebbia's soft saxophonic embrace...

The self taught Gebbia's works touches on the avant-garde whilst maintaining a musicality and fluidity with his technique of circular breathing adding an extra element to his playing, the ability to create Reichian like minimalism with a single breath whilst maintaining melodic structure.
The multi solo album artist is noted recently for working on the music score of Heiner Goebbels' music performance piece 'Everything that happened and would happen' at the Manchester international festival and for his curating of the "Anassimandro Festival of Music and Philosophy" in his home city of Palermo of which Bradley hosted last years after party.