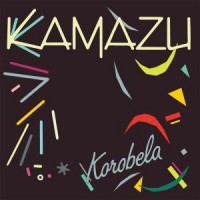 This new anthology on Afrosynth brings together six songs by South African disco star Kamazu, spanning his career from 1986 to 1997. The six track set perfectly traces an evolution of dance music over that period, moving from the boogie/proto house heat of his biggest hits ‘Korobela’ and ‘Indaba Kabani’ (think a South African Inner City) to the MTV new wave of the more obscure ‘Victim’ and ‘Why’, to a couple of slow and slamming tracks from his kwaito comeback, ‘Mjukeit’ and ‘Atikatareni’. Virtuoso playing, super cool synth sounds and great vocals throughout.