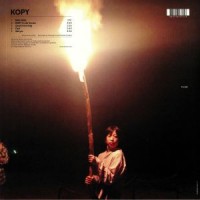 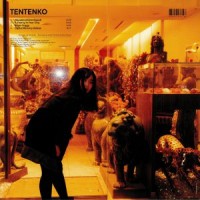 This split release unites two female underground acts, both of whom have recently become pivotal parts of the contemporary electronic musical landscape in Japan. Hot on the heels of the highly acclaimed “Paredo EP” compilation, the “Super Mild” split album is the second outing by Kopy and Tentenko on TAL. Their newest works punctuate their highly individual approaches to contemporary experimental dance music.

Tentenko is a Tokyo-based electronic music producer. Her career began in 2013 when she joined the mainstream idol group BiS. Immediately after her departure from BiS in 2014 she commenced work on her solo project under her artist name Tentenko. Since then she has radically reinvented her music away from glossy J-POP towards weird and industrial rooted dancefloor. Tentenko first made a name for herself on the alternative Japanese music scene with a steady flow of live performances as well as collaborations with members of the legendary Japanese noise band Hijokaidan.

For a few years now Kopy has been an unpredictable and charismatic part of the vital electronic music scene of Osaka. She has quickly garnered a reputation for creating her live sets exclusively with borrowed electronic equipment. Her name Kopy very much originates from this "concept“. Apart from a few performances at Düsseldorf’s famous nightspot Salon Des Amateurs, she has been invited by Lena Willikens to her showcase at the Meakusma Festival in 2018. Her sinister dancefloor mystique is heavily steeped in the free spirited noise and rhythm cultures of her hometown.

Patrick says: In an international meeting of experimental electronic lunacy Japanese artists Kopy and Tentenko take a side each on this split LP for Dusseldorf label TAL. Buzzing electronics, clattering machine rhythms and twisted samples all turned inside out for the open minded dancers.

A1. Mild Wife
A2. KOPY In Da House
A3. Good Morning
A4. Carl
A5. Sakyu.
B1. WaaaAoooOoooOaaaA
B2. P-Factry In Your City
B3. Super Soggy
B4. Digital Memory Asleep