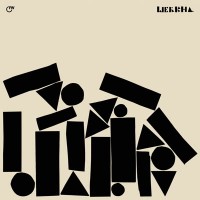 Werkha hails from Manchester originally and released his debut EP back in 2012. Following early praise from Gilles Peterson and the like, he we went on to release a series of records for Brighton-imprint Tru Thoughts, including an album in 2015, 'Colours Of A Red Brick Raft', and co-writing / producing Bryony Jarman-Pinto's debut album in 2019. He's provided remixes for Quantic, Marcos Valles, Dutch Uncles, Andrew Ashong & J-Felix, toured across Europe with Bonobo, Mr Scruff & Chet Faker and is working with poet / singer Keisha Thompson, additionally to composing music for documentaries.

So to the EP, and we set off with the delectable synth-boogie of 'Generation X', laden with strings from Simran Singh. Next up is the 4/4 low-slung head-nodding funk of 'The Key' featuring the vocal talents of Berry Blacc, before we head into some mid-tempo clavinet-lead hip hop vibes on 'Swing Thru'; lush strings again ably complementing and contrasting the bass-weight within the track. 'In Sunny G' follows next, picking the tempo back up a touch with a soulful vocal hook from Ellen Beth Abdi delivering blissed-out sun-glazed sonics, as the title would suggest. This 5-track opus closes out with 'Favourite Corner'; similarly to the EP opener, this is more playfully groovy breakbeat, laced with strings, a swagged-out guitar lick and assorted arpeggiated keys.

As to the meaning of the title 'The Rigour', Werkha says…

"Music is work. In all its different ways, it's a craft that I apply myself to and exist by. As much as that is about love, it's also about pouring in time, effort, patience & rigour. This record is about reflecting on my process and the identity of Werkha as a part of my life."

"These tracks were selected from a much larger bunch of ideas. The tracks that made this EP are the ones where the process was playful. Play in music is so important and these tracks are the ones that best personify play and curiosity, in both their sound and in their process. They all go through the rigor of being played with, pushed and pulled in different directions…"