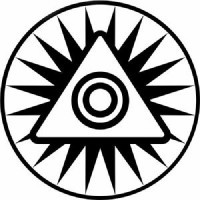 The Venetians were formed in late 1982 as a studio concept band after Rik Swinn (lead vocalist) arrived in Sydney with master tapes of tracks he recorded in England with engineer / producer Vic Coopersmith-Heaven (Cat Stevens, The Rolling Stones, The Vapours, The Jam). He read a newspaper advert placed by two musicians looking for a lead singer.

Within weeks Swinn formed a touring band and enlisted David Skeet on guitar, bass guitar, synthesiser and vocals; and Peter Watson (ex-Scandal, Extractors) on guitar, bass guitar, synthesiser and vocals. Drummer Tim Powles (ex-Ward 13) joined next and keyboardist Matthew Hughes (ex-Gotham City) completed the line up of the Venetians. They released their first single, "Sound on Sound", in April 1983 - original copies of which go for upwards of £150 on Discogs. And if you wrap your ears round it, you'll understand exactly why. Swiveling its hips between post punk, synthpop, nascent new wave and proto Balearic, it's angular without being spiky, funky without the flairs and irresistibly groovy.

Alongside the original 12" version, this 12" comes totally stacked with not one but two remixes from guv'nor Weatherall as well as a fresh version from Music From Memory affiliate Zatua. On the A.W. Edition Uno, Wevvers brings the maximum thrust out a cosmic sequence and supercharges the percussion, rewiring the track as an EBM workout. His second mix is dubbier, packed with the power cosmic and driven headlong into the land of white funk, flipping those essential elements for a different dance floor moment. Finally Zatua ups the dopamine quotient, adding plenty of extra synthwork to turn out a masterclass in interdimensional boogie. All killer, no filler folks.