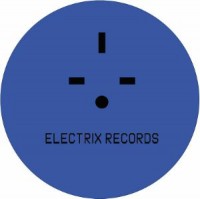 In 2000 Billy Nasty launched Electrix Records as an Electro sub-division of his already successful Techno label, Tortured. Since its first of many releases by Zeta Reticula (the - at that time - brand new Electro pseudonym of Umek), Electrix has gone on to deliver quality releases from the likes of Carl Finlow / Silicon Scally, The Advent, RadioNasty (Billy's collaboration with the mighty Radioactive Man), Transparent Sound, dynArec, Mr Velcro Fastener (a.k.a. Mesak) and many more. Launching its 20th anniversary year is none other than London Modular with the 'We Are The Mod!' EP featuring 3 new original cuts plus a remix by Assembler Code.We are the mods, we are the mods, we are, we are, we are the mods!