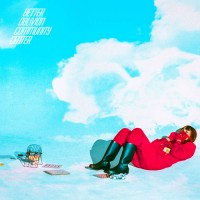 Back in January, Better Oblivion Community Center, surprise-released their self-titled debut album. The record is available digitally and physically via Dead Oceans. Today, the new band from Phoebe Bridgers and Conor Oberst follow the release with two new songs, as well as a live set for NPR's Tiny Desk featuring stripped-down performances of "My City," "Exception to the Rule," and the album's lead single "Dylan Thomas."

We've only got a handful of these so get in there quick!