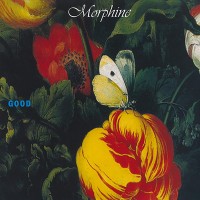 Morphine are proud to present their debut album ‘Good’ as an expanded edition released by Run Out Groove, including a bonus LP consisting of live and demo tracks. Morphine are considered to be one of the most unique and original rock bands to have graced the alternative scene in the 90’s, blending a mix of genres creating their own distinct sound.

The album marked the start of a stellar career and appealed to a wide audience because of its ability to cross genres and styles so uniquely.