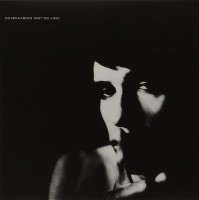 Originally released in 1989, this is the sixth studio album from the Replacements, but the first with Bob ‘Slim’ Dunlap on guitar, replacing Bob Stinson in 1987. Featuring their hit single ‘I’ll Be You’, this album received high praise across the board, with Rolling Stone stating that the album was full of Westerberg’s ‘sharp-tongued wordplay and idiosyncratic musical structures’.