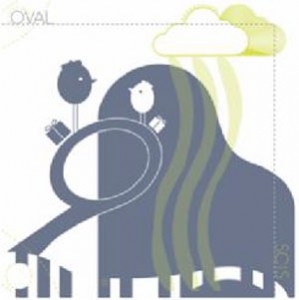 Markus Popp, the man behind Oval, is considered one of the creators of the ‘glitch’ or ‘clicks & cuts’ style within electronic music. "'94diskont" (Oval’s first release) was the first sound of a new future... the album always seemed like it was looking ahead to what the world would become, and now the world is here - Pitchfork

"Scis" is an album still pushing technology, still using the computer as an instrument but for the first time it seems you can most clearly hear the musician behind the screen. It’s emotive, there are loops of acoustic instruments composed together in ways that feel more organic and improvised. Popp describes extensive research into 'new vintage' and this album reflects that and his history. It employs familiar sounds or motifs in new ways and unfamiliar sounds in old ways and this combo gives it something present. There are prepared pianos, woodwinds, sweeping strings and gritty bass riffs arranged among other styles, using Oval’s signature loop-driven techniques. Moments remind us of traditional electronica and reimaginations, or of a post-club sound aesthetic; and there are moments that feel cinematic and lyrical.

'A triumphant return for Oval, both musically and intellectually. This is meta music for the soul.' - FACT

Markus Popp collaborators include Jan St. Werner of Mouse on Mars and his work has been sampled by other electronic artists, including Björk.

'It’s one mark of genius that the more you try to be different, the more you sound like yourself. It’s wrong to overstate the continuities over the immediately obvious difference, but this music could only have been made by one man.' - The Wire