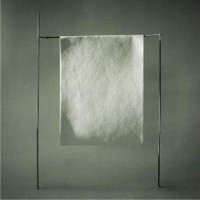 Chauveau’s work here sounds as fresh and relevant today as it did back then and its author is long overdue some recognition / reappraisal of his role in helping prepare the ground for today’s scene. His music has been praised by numerous peers - Ryuichi Sakamoto listed ‘Nocturne Impalpable’ as one of his Top 5 records; Hauschka and Peter Broderick have admitted his influence and Jóhann Jóhannsson, Adam Wiltzie (A Winged Victory / Stars Of The Lid) and Fennesz have also praised his work.

“One of the most brilliant minds of French Music” - Les InRocks