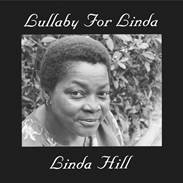 Linda Hill recorded this LP for Nimbus West in 1981 with fellow Arkestra members, including flautist Adele Sebastian. And it’s Sebastian’s vocal duet with Hill on the spiritual jazz epic “Leland’s Song” that opens this stunning LP. Hill’s ensemble also included the serious horn player Sabir Matteen, as well as bassist Roberto Miranda and drummer Everett Brown Jr., who would all go on to record LPs for Nimbus.

The Arkestra first started rehearsing at pianist Linda Hill’s house in the early ‘60s. “In a few months, we’d built up from seven or eight to about 18 cats, musicians started living there,” Tapscott wrote in his autobiography. “People got involved with the Arkestra like it was their life’s work.” Hill took the role seriously, earning her the name of “the Ark’s matriarch” by Tapscott.

Side A:
1. Leland’s Song
2. The Creator’s Musician

Side B:
1. Lullaby For Linda
2. Children