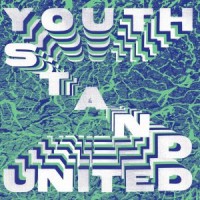 In 2015, Optimo’s Autonomous Africa label released "Youth Stand Up!", a triangular recording project hatched at Glasgow’s Green Door Studio that brought together young musicians from Belize, Ghana and Glasgow for ten tracks of cross-cultural collaboration. The result was an infectious cocktail of traditional Caribbean and West African rhythms, hip hop, highlife and Glaswegian post-punk, featuring contributions from Optimo Music regulars Golden Teacher and Whilst, among others.

The proceeds from that project went directly back to the youth groups in Ghana and Belize, helping the musicians from Ghana’s Tafi Cultural Institute build a recording studio and performance space in their village.

Two years later, a grant from Creative Scotland’s Open Fund spawned the sequel to "Youth Stand Up!": "Youth Stand United", recorded both at Green Door and at TCI’s new studio in Ghana (with Golden Teacher’s Laurie Pitt at the controls), and mixed by Green Door’s Stuart and Emily Evans.

"Youth Stand United" features backing tracks contributed by members of Golden Teacher, Pu$$y Mothers, Whilst, Kaputt, and Sordid Sound System, with vocals provided by the musicians from TCI. Over 6 songs, it oscillates from the leftfield disco of "Diloeshutubui" to the Juju-electro odyssey of "Gidi" to the Joe-Meek-meets-William Onyeabor space age gospel pop of "Nobody Knows".

Proceeds from Youth Stand United will go towards a scholarship fund for musicians from Tafi Atome, Ghana.

Matt says: More creative genius from the hotbed of activity that is Green Door Studios in Glasgow. A feiry cauldron of myriad influences but constantly looking to innovate and excite. Wonderful.