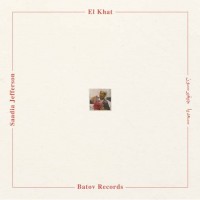 Hover over the tracks and you can pick out certain influences such as Omar Souleyman and dabkefolk characterised by trance-inducing chants ("Wahed Mozawej"), the searing Ethiopique organ of Mulatu Astatke ("Ala Jina Nuhayiykum"), and the unashamedly sing-along choruses of Bowie or McCartney ("Balagh Al Achbaab"), but the over-arching concept within Saadia Jefferson is Eyal’s sense of identity, or lack of it, as a Yemeni Jew living in Tel Aviv.

The album is the rewards of a self-imposed mission to discover Eyal El Wahab’s Yemeni roots.