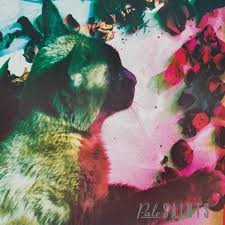 On the eve of a post-Thatcherite Britain, the Pale Saints, alongside the likes of Lush, Ride and Slowdive, were ushering in a new wave of British indie. And in 4AD, they found a perfect home for their music - an exciting & undeniable meld of noise and dream-pop.

Their debut album, The Comforts of Madness, didn’t disappoint, now standing as one of the best of its era. Pitchfork placed it in their Best 50 Shoegaze Albums Of All Time saying, “There’s a restless urgency, particularly when the volume swells and the rhythms intensify. That energy not only keeps (it) vital, it emphasizes Pale Saints’ inventiveness, how they channelled softness and rage into something distinctive.”

Nearly 30 years on and The Comforts of Madness is finally getting the reissue treatment. Having been remastered, a faithful LP repress on black vinyl is being released as well as double CD and double clear vinyl editions, both of which come with a bonus disc of previously unreleased demos and the band’s only John Peel Session, recorded in 1989.

Javi says: This year, my new year’s resolution was “don’t buy records, save money instead”. Everything was going swimmingly for the first two weeks of January - until one grim Friday when ‘The Comforts of Madness’ received its 30th Anniversary reissue. Like a dry January defeated by an old friend’s 30th birthday bash, I cracked and splurged, and did so with good reason.

Visually, ‘The Comforts of Madness’ is instantly recognisable as a Vaughan Oliver creation. Familiar shapes and textures shimmer under a psychedelic sheen, all petals and whiskers and shadow; the tracklist splattered across the back like a mystic incantation (“way the fell. deep sleep, the sun. time in sight.” Amen.)

Opening track “Way The World Is” crashes in like a horseman of the apocalypse, while the much-anthologised “Sight Of You” still sounds every bit as fresh and swooning as Martin assures me it did 1990. Across the album, crushing shoegaze guitars ebb and flow, bass lines worm and drums fizz, only letting up for tender moments like the balladic “Little Hammer”. It’s a sprawling LP of ambitious indie, pushing both instruments and the mixing desk to extremes, masterfully streamlined into a near-continuous soundscape with each song graciously giving way to the next.

The bonus disc of unreleased live sessions and alternative recordings lifts the magic curtain slightly, revealing the band behind the sonic wizardry and dream-pop production - this version of Pale Saints is more earnest yet every bit as melodic, with shades of The Smiths, early MBV, and even The Beach Boys permeating the lower-fi recordings. They provide a warm and welcome counterpoint to the soaring album proper, and are well worth checking out and marvelling over.