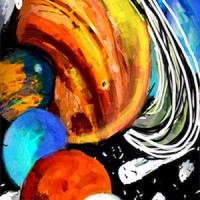 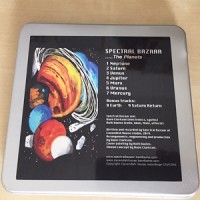 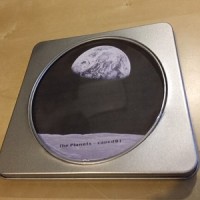 Spectral Bazaar are a duo based in Manchester who unite digital music with treated classical instruments to produce unique electronic music. They comprise of Dave Clarkson on synths, electronics and mixing and Ruth Davies on cello, flute and oboe. Their debut album ‘The Planets’ is an alternative audio trip through the seven planets originally chosen for the Holst suite over a hundred years ago. Dave is also a member of the duo Scissorgun together with Alan Hempsall (Crispy Ambulance) and records solo music for the Linear Obsessional label. The debut album was self-released in 2019 in a tin can (with porthole) edition of 100 copies and has gathered favourable reviews in the Guardian and Electronic Sound magazine as well as good airplay. Spectral Bazaar also featured on the Wire magazine cover mount CD compilation ‘Wire Tapper 50’ in August 2019.