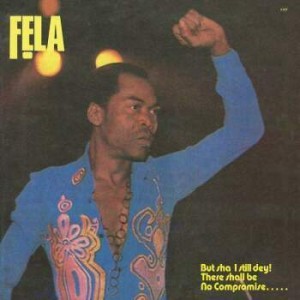 "Army Arrangement" comes from 1985 and is co-produced by Bill Laswell (Material) with the likes of Bernie Worrell (P-Funk) and Sly Dunbar guesting, giving the tracks an extra electronic edge. The LP is a critique of Nigeria's attempt at democracy. Mired as the army-led government was in political corruption, it came as no surprise that this LP cemented Fela's reputation as an anti-government subversive and continued the spiral of arrests, beatings and imprisonments that marred his life.

Randolph BakerGetting Next To You