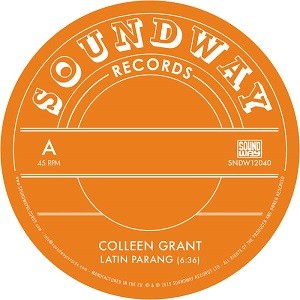 Soundway Records presents two rare, parang dancefloor cuts from early 1980s Trinidad & Tobago. Parang is a style of folk music that originated from Venezuelan and Colombian immigrants that came to the Caribbean, and evolved to include elements of Latin music, disco and soca - as is evident in this release. Although it used to be traditionally played during the festive season in Trinidad and Tobago, parang music now heats up dancefloors all year round. These two in-demand tracks were originally released on the local RH Productions label in Trinidad & Tobago. Fully restored, remastered and officially licensed - both are now both being released officially re-pressed for the first time on vinyl.

Sil says: Nicely fragrent world disco vibes here from Trinidad & Tobago. Sure to create a furnace in the trousers and skirts of the dancers - ooh la la!