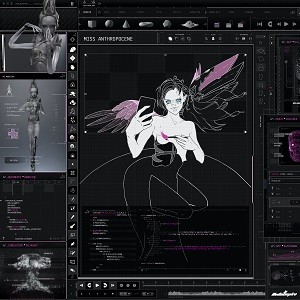 An·thro·po·cene /ˈanTHrəpəˌsēn/ , noun : the current geological age, viewed as the period during which human activity has been the dominant influence on climate and the environment.

Miss Anthropocene : The Goddess of Climate Crisis An album by Grimes.

Barry says: Some of the more propulsive pieces on Grimes' latest outing could easily have been on Art Angels or Visions, being wrapped in the same optimistic bounce that we've become used to, but the majority of the LP is a much more measured and sombre affair, rich with dark, trappy beats and (understandably), politically charged vitriol. A brilliant development for Grimes, and a great listen.