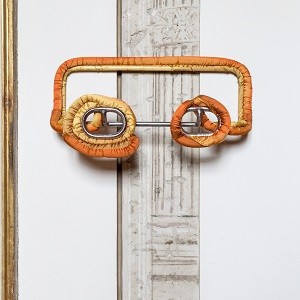 “If you live long enough, you see a lot of people drift in and out of your life,” says Lee Ranaldo, explaining one of the loose themes linking the adventurous pieces that compose his and collaborator RaülRefree’s electrifying new album: that of the ineffable course of time, and the lives that pass in and out of one’s own.

In a remarkable career that has seen him flourish as a songwriter, a singer, a guitarist, a noisemaker, a poet, a visual artist, a producer, and more, Ranaldo has seen many fellow quixotics – from his bandmates in Sonic Youth to this most recent collaboration with RaülRefree, whose restless career had taken him from hard-core bands in his youth, to the vanguard of a new movement redefining flamenco. One of the most renowned producers in southern Europe, his collaboration with Rosalíaon her debut album has shaped both the modern sound of flamenco and her new found stardom.

Following their collaborative work on 2017’s Electric Trim which saw Refree in the guise of producer and the subsequent tours supporting that album, they went back into the studio but the duo quickly realised they weren’t recording a new Lee Ranaldo solo album, but rather their first as Lee Ranaldo and Raul Refree – “the beginning of a new partnership, a new configuration’”, Ranaldo says. “We’re a two-headed machine,” adds Refree. “We’re both talking about everything. We don’t always agree on everything, but every song, every piece, every sound you hear comes from two people talking about it.”

Alice, Etc
Words Out Of The Haze
New Brain Trajectory
Humps
Names Of North End Women
Light Years Out
The Art Of Losing
At The Forks