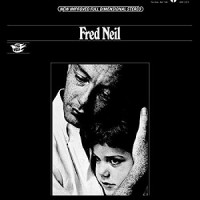 A moody NYC masterpiece from the Village circa ‘66. New York folk artist Fred Neil’s eponymous second album may not have been a sales smash, but it inspired countless contemporaries, from Jefferson Airplane to Crosby, Stills and Nash, to Harry Nilsson. It was the latter’s cover of ‘Everybody’s Talkin’,’ featured in the Midnight Cowboy soundtrack, that garnered Neil his greatest notoriety, but the album is full of shimmering, surreal gems, like ‘The Dolphins’ and the stunning ‘Faretheewell.’ Neil disappeared into reclusiveness not long after, but his legacy as a thoughtful, complex songwriter lives on.