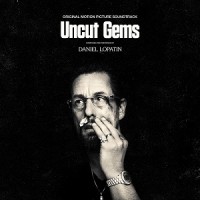 Daniel Lopatin returns with his latest score for the A24/The Safdie brothers’ film Uncut Gems which is out internationally on the same day as it hits theaters. The film screened to rapturous response from critics and stars Adam Sandler (in an outstanding career-best performance) as well as NBA star Kevin Garnett, Lakeith Stanfield, The Weeknd, Julia Fox and more. The hypnotic crime thriller follows Sandler’s Howard Ratner, a charismatic hustler always on the lookout for the next big score, in a twisted odyssey through the New York jewelry market. This is the second collaboration between Daniel Lopatin and the Safdie brothers following his highly acclaimed work for Good Time, winner of the Best Soundtrack Award at Cannes Film Festival 2017 and also for the Best Original Score for a Feature Film at the Hollywood Music in Media Awards 2017. His other film works include Ariel Kleiman’s Partisan (2015), and contributions to Rick Alverson’s The Mountain (2019) and Sofia Coppola’s The Bling Ring (2013).