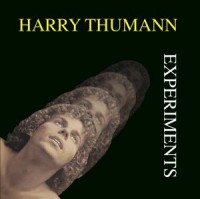 Best Records re-ish four cuts from legendary space disco star and cosmic kingpin Harry Thumann, the former owner and main engineer of Country Lane Studios based in Munich, Germany: the home of the glorious Munich-sound during the disco era. This four track retrospective opens with the mystical, magical and mighty vibrations of "Sphinx", a soaring mid tempo builder with a Knight Rider bassline (I'm too lazy to fact-check, but my memory is saying that this predated the series), scratchy guitar licks and killer synth parts. Next up, we shimmey along to the robo-boogie of "Welcome Back, Jolette", a smooth sci-fi groove for warm up sets and Balearic setlists. Swerving onto the B1 and it's time for the ALL-TIME Space Disco anthem "Underwater" AKA the most maximal piece of disco ever created. Crazy synth parts, an unstoppable bassline, tons of orchestral energy and an endless string of solos eventually erupt into the wildest guitar solo to ever rip through a dance floor. It's a testament to the utter insanity of "Underwater" that the vocoded disco funk of "Chicago" sounds tame, but best believe this is total dynamite anytime it even sniffs a dancefloor.

A1. Sphinx
A2. Welcome Back, Jolette
B1. Underwater
B2. Chicago