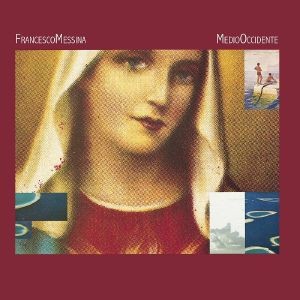 Another winner from Best Records via this remastered reissue of Francesco Messina's seminal LP from 1983 produced by electronic Italian pioneer Franco Battiato.
Messina and Battiato are considered central figures within the Italian avant-garde. Part of a generation of artists who contributed to a radical rethinking of musical practices and composition, they reveal Minimalism as it's rarely known: delicate melodies, subtle harmonic interplay, incorporating diverse creative traditions and slowly giving way to an ever-expanding open space. This album was recorded at the legendary Polygram Studios in Milan and using the most powerful electronic music synthesizers for that times like the CMI Fairlight and the EMU Emulator.

A1. Marcia Di Kioto
A2. Harem
A3. Uffici Del 126 Piano
A4. Russian Tea Room
B1. Plaza Tonal
B2. Fine Novecento
B3. Club Mediterranee
B4. Comunicazioni Interne