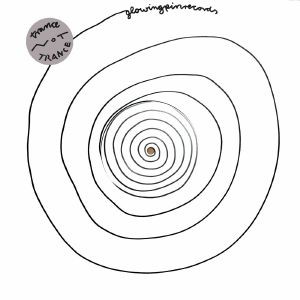 Raw Energy by JD Twitch showing Petersen‘s Trance (Not Trance) the way to the dancefloor.
Synths and sitars for eternal bliss on the flipside. Another pin glowing!

Back in 2017, Basso delved into his micro-press cassette collection to treat us to the first retrospective of kosmische wizard Trance. Spanning both the bucolic and galactic, ‚Tapes‘ (GBR010) suspended time and space, enveloping us in the nebulous beauty of Jürgen Petersen‘s misty ambience.
Among the appreciative audience for this mind expanding release was one JD Twitch aka Keith McIvor, one half of the mighty Optimo. Keith‘s vision of remixing Jurgen‘s ‚Purification‘ for the club was embraced by both the artist and the label guy with glowing eyes. Charting a course through progressive house, ambient techno and the weirder bits of the solar system, McIvor combines the celestial synthesis of the original with some tough and tracky drum programming, turning the intensity up to 11 in pursuit of early morning ascension. A sensitive arrangement allows space for Peterson‘s waveforms to work their magic, while laser fire and additional fx abuse unlock evolutionary abilities buried deep in your unconscious mind.
The previously unreleased, largely unheard ‚Contemplation‘ was originally intended to feature on the ‚Tapes‘ compilation, but fell off the edge of that flat Earth thanks to its maximal runtime. Too good to remain a secret, this crepuscular creation enjoys the entirety of the B-side, drifting through the eons via meditative electronics, delicate sitar and a touch of tapey flutter.
Embrace the almost 40 year old tape‘s flaws and imperfections that could not be restorated and dive into the immersive and unparalleled.
This is music for higher beings.