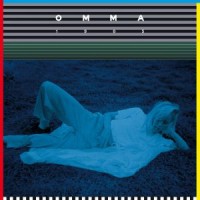 In an era of increased nationalism and xenophobic bullshit, Antinote reach out to make their first French-Russian connection. Olga is from Moscow. She introduced herself to the label after Dominique Dumont's show in Paris, winter 2018. Zaltan et al immediately fell in love with the song 'Mojno' and step by step built up a nice collection of tracks which became the "1905" LP! Very active in the electronic music scene, she’s spent the last ten years releasing music, performing, recording & DJing as well as being busy with her tech-project Playtronica (with them she's created 3 controllers with which you can play scales on people, objects and colors). Across the "1905" LP she utilises some DIY devices such as Yamaha sampler vss-33, voice glitcher from the Russian company “Naked Boards” and organelle synth that creates this synesthetic tone in “ready when you are”. Besides dreamy pads and dancy beats Olga is ironically singing on Russian about her daily routine, in a positive way. There's no sadness and melancholy in the dark snowy days, where even the full moon or retrograde-mercury don’t even bother you ...if you are in harmony with mother nature's 5 elements.